Asalamualikum and welcome to you all, Brothers and Sisters what we have here is a home for Muslim poets to present their poems and have them heard or share poems of other poets they would like us to hear. All styles are welcome and Inshallah, Allah will bring from this much goodness and may we be of the righteous kalaf to the likes of Hassan ibn Thabit may Allah be pleased with him (The poet of Allah's messenger, peace be upon him). Please feel free to send in your poems written or spoken so we may post them. Become an author here and you can post them your self. We hope through these efforts to propagate Islam so that it reaches the masses, defend Islam and its people from the onslaught of those who despise it, and tread the path of those who preceded us in guidance. Please keep in mind to keep the poems in accordance to the Quraan and Sunnah upon the understanding of the Salaf of the Ummah. 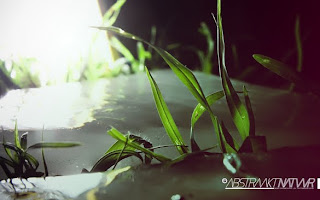 Follow and do not innovate
Islam is straight
One path is correct
The Qur'an, the Sunnah, and the creed of the Sahaabah as a starting point.
Remain upon This will ensure you survive
Whilst the Companions were alive
No bid'ah was to be found
After they passed away
Others not from them came around
People of different backgrounds begin to play
with the deen of Allah
Beliefs and ideals foreign to Islam, begin to creep
Into the upright ranks.
although having good intent
their worship was incomplete without it'tibaa(Correctness)
The results were sects, splitting and differing
Weakness spread and strenght departed
They were from the offspring of the Persians, Jews, Christians, and
idol-worshippers.

From them were some with evil intent
their goal was to corrupt this religion.
they had a big role great turmoil they sent
Regarding the beliefs (aqaa'id) of the Muslims
in corrupting their minds and hearts
the Islamic world will never be the same

Thus, browering the beliefs of the Jews,and Christians
The Persians and the Greek Philosophers.

They strike with poisonous precision
aiding the devils in deviating the Slaves of Allah
brought into the Arabic language through translation.
seventy-two sects amongst the ranks of creation
As mentioned in the Prophetic Sunnah
the Khawaarij, the Raafidah, the Qadariyyah and the Murji'ah
Whoever sits at their tables for dinner
They will dine from a dumpster of confusion

Follow and do not Innovate
What has been left will suffice
Kitab wa Sunnah upon the fahm of the Salaf
anything else corrupts like lice
Don't be saddened by the few you see
treading this path
For without the Guidance the others face Allah's wrath
So rejoice O Sunni and beware of the bid'ah
Posted by Unknown at 6:57 PM

The Power of Speech

Speech has a power to the point that our Messenger peace be upon him came to say of it, as is narrated in al-Buhkari in the Book of Medicine

"Surely in some Speech is Sorcery"

& "Some speech has the effect of magic"

"Verily in (some) Poetry is wisdom"

And he May Allah's salutations be upon him used it as a means to propagate Islam by encouraging the Muslim poets to go forth and use it as a tool of Dawa'a, and in defense of the Muslim ummah, and it is this path we tread.

We plan to use this power of words for good. To be like the poets of the Sahabah and the Tabeen, and the Scholars and Muslims from after them. To use it as a media to spread al-Islam, propagate it, defend it and teach it. Likewise to give the Muslim poet an outlet and forum to express his/her creativity in all aspects of life, so as to make the Muslim view more prevalent in society.

The Muslim way of life is attacked from all angles today yet we believe that Islam is not just relevant to any time and place but rather makes any time or place better and brings forth the complete solutions to all problems. So we will go forward living it and call to it actively. Thus we will use our words to this ends. Wa Billahi at-Tafeeq

~We have an audience that includes the youth.

~Your poems do not have to be restricted to Islamic topics, although we request that you keep whatever you say within the guidelines of Islam (i.e. nothing propagating kuffur, sin, or innovations).

~We abide by the Manahaj (way) of our pious predecessors, thus we will not accept any post in which they are ridiculed or in which the message is contradicting to their way.

~We encourage our poets to deal with pertinent topics, so that their poems can be used by all to defend the Muslim view

~We encourage our visitors to spread the poems they like, and use them when in need of making a strong point

~ If using a poem from here please give due credit to its author, and link back to the post.

"In poetry (the art of spoken word) is Wisdom"

May Allah accept our efforts and yours and make us sincere. Billahi attawfeeq, and all success is from Allah.

Fiery Abyss
Materialistic Fools
Should we really be bothered
If my Lord Asks Me...
Date with Death
Hell isn't Easy
Companions (True Men)
Rising Crimson Sun
Stolen Kiss
Nobility & Salvation
Forgiveness before death
Aisha Mother of the Faithful
Witness
Diminished
The Tricks Of Shaytaan
Freedom
The Nafs and its Enemy
Leave the Veil Alone
Follow do not Innovate
Forget
Pressed
I am your test
It just Is...
Umar Al-Farooq (Arabic)
The Fly
Stare
Kalamullah
The Revival of the Ummah
Life
Worth
The Struggle
7 Conditions of Shahadah
Who are the fools that have mixed these together?
The day of judgment has arrived
Submit
May the eyes of the Cowards never sleep
IF
Kira
The Children
O' worshipers of Christ
How Often (Us Muslims)
His-Story
Polygamy
The Child
Flesh of a Scholar
A Summers Leaf
Haa'iyyah (English translation)
The Stranger is not... (English translation)